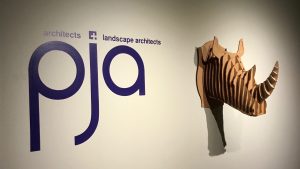 As we celebrate twenty years in the Zoo Design business at PJA, one needs to step back for a moment and really think about what that means. While it has been great to work on so many unique and interesting projects, I really think it is about the people we have come in contact with over this period, whether it’s a biologist, zoologist, designer, engineer, or contractor.

There are however, a few people that have really made a difference for PJA being able to do what we love to do for twenty years. The first person is Christine Janikowski, COO of PJA. It was Christine that posed the idea of setting up our own firm. All I had to do she said was “ guarantee me that you can get one project in the next six months!” Of course I said yes, that’s easy and PJA was formed.

Knowing I had her support allowed me to take a leap that I never really had thought about. It turned out to be one of the best decisions of my life. With Christine running the office, it has allowed me to concentrate on the thing I love to do, design. Architects aren’t built to run businesses!

So there I am, I have my own design firm, which is cool, but I don’t have any clients, not cool. This is when another one of those special people stepped in to help PJA survive. I have known Joe Rohde since 1992, when I started working with him and Disney Imagineering on Disney’s Animal Kingdom.

Joe has been a client, a mentor, and a critic, but most of all he has been a great friend. I think Joe is probably one of the most creative people I have ever met and after twenty-five years I still can’t figure out how his mind works! It was Joe that offered me a contract to continue work on DAK, thus helping me keep my word to Christine that I could find one client in the first six months. 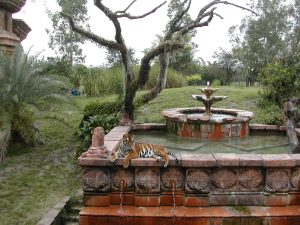 Jim Brighton is probably the one person that has had the most influence on the design direction PJA has taken over the years. I started working with Jim in 1990 at one of those other twenty or thirty zoo design firms in Seattle. We worked on Animal Kingdom together, sharing an apartment in Pasadena, moving our families to Orlando and constantly sharing our thoughts on design, animals, zoo people, and just life in general. 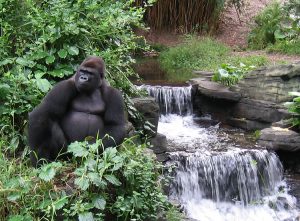 When I started PJA I asked Jim if he wanted to join me on my new adventure. Jim declined (probably a smart move at the time) and said he wanted to complete some unfinished business at that “other firm”. So for the next five years, I would meet up with Jim for coffee, dinner, a drink, whatever and try to get him to come over to the dark side! Finally, Jim saw the light and PJA has been on a role ever since! 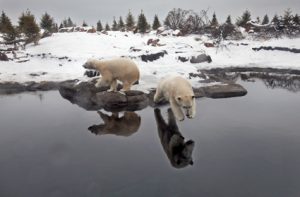 Over the years, PJA has been very fortunate to have worked with so many great clients all over the world. There are a few people that over time have become not only clients but also great friends. While I don’t have space to name all of them, it would be wrong not to mention people like Terri Kepes, Columbus Zoo, Donna Fernandes, Buffalo Zoo, Rick Barongi, Disney and Houston Zoo, Patsy Tillisch, WDI, Evan Blumer, The Wilds, Dr. Wong Hon Mun, Jurong BirdPark. Joel Parrott, Oakland Zoo and so many others. 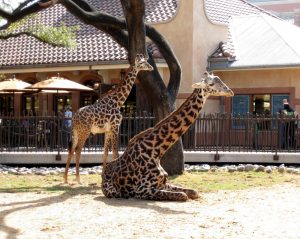 In the past twenty years, PJA has worked on 279 projects throughout the world. I would like to thank all the staff, past and present, that have made this possible. I hope that your time a PJA was not only gratifying professionally, but that you also found time to have some fun, learn a thing or two about animals, and developed a sense of appreciation for the Natural World.

Looking forward to the years ahead I cannot forget all our clients that got us to twenty. If I missed listing you below please feel free to call me, I will apologize and then we can talk about your next project!

Zoo Design: A Playground in Nature